I have completed weaving my first wahakura (baby basket); a special gift for my new mokopuna (grandchild) due in Brisbane at New Year. The harakeke was harvested from a bush in my garden which I chose for the long blades and golden colour it turns when dried. The whenu (weaving strips) were boiled before weaving.  Thanks to Rita Baker of Flaxworx for her video on how to weave a wahakura. 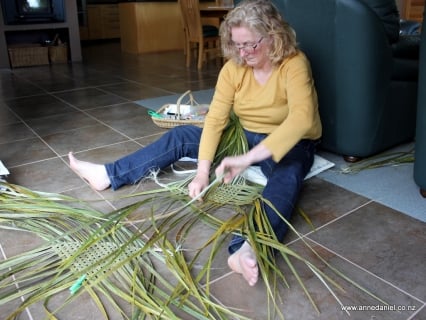 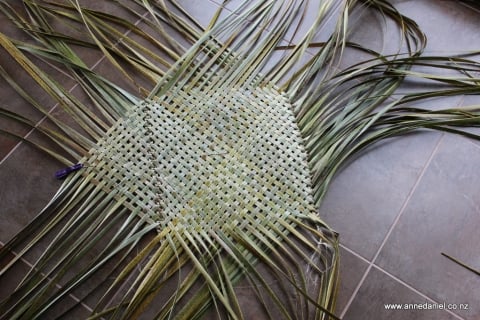 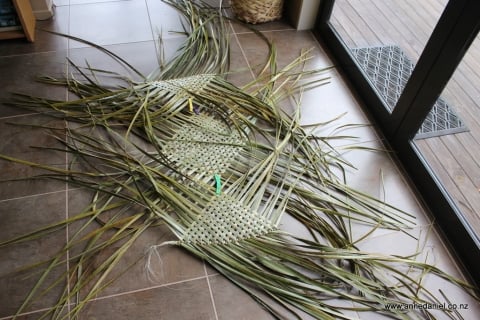 [Show thumbnails]
Then I was faced with the logistics of getting it to Brisbane. I found a box that was the perfect, filled the wahakura with my clothing etc, put it into the box, tied it up with rope and this was my check-in baggage. I declared that I had plant material (something I always advise people to do) and after describing what I had, I was waved on through customs without them even opening the box – rather an anti-climax!

I presented the wahakura to my daughter, Rebecca, during the blessingway ceremony she had prior to the birth. A blessingway is held near the end of pregnancy to help calm and support the mother as she prepares to give birth. 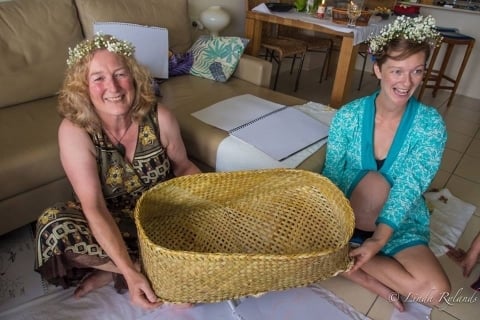 Presenting the wahakura to Rebecca

Lily Anne was born on 4 January and here she is peacefully sleeping in her special gift. 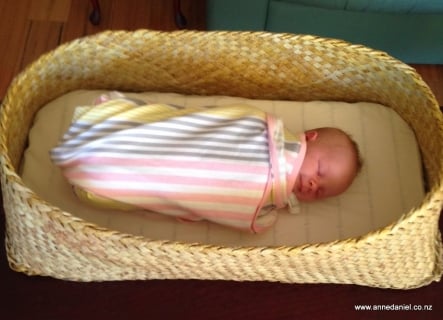 One Reply to “Wahakura – weaving a special gift”